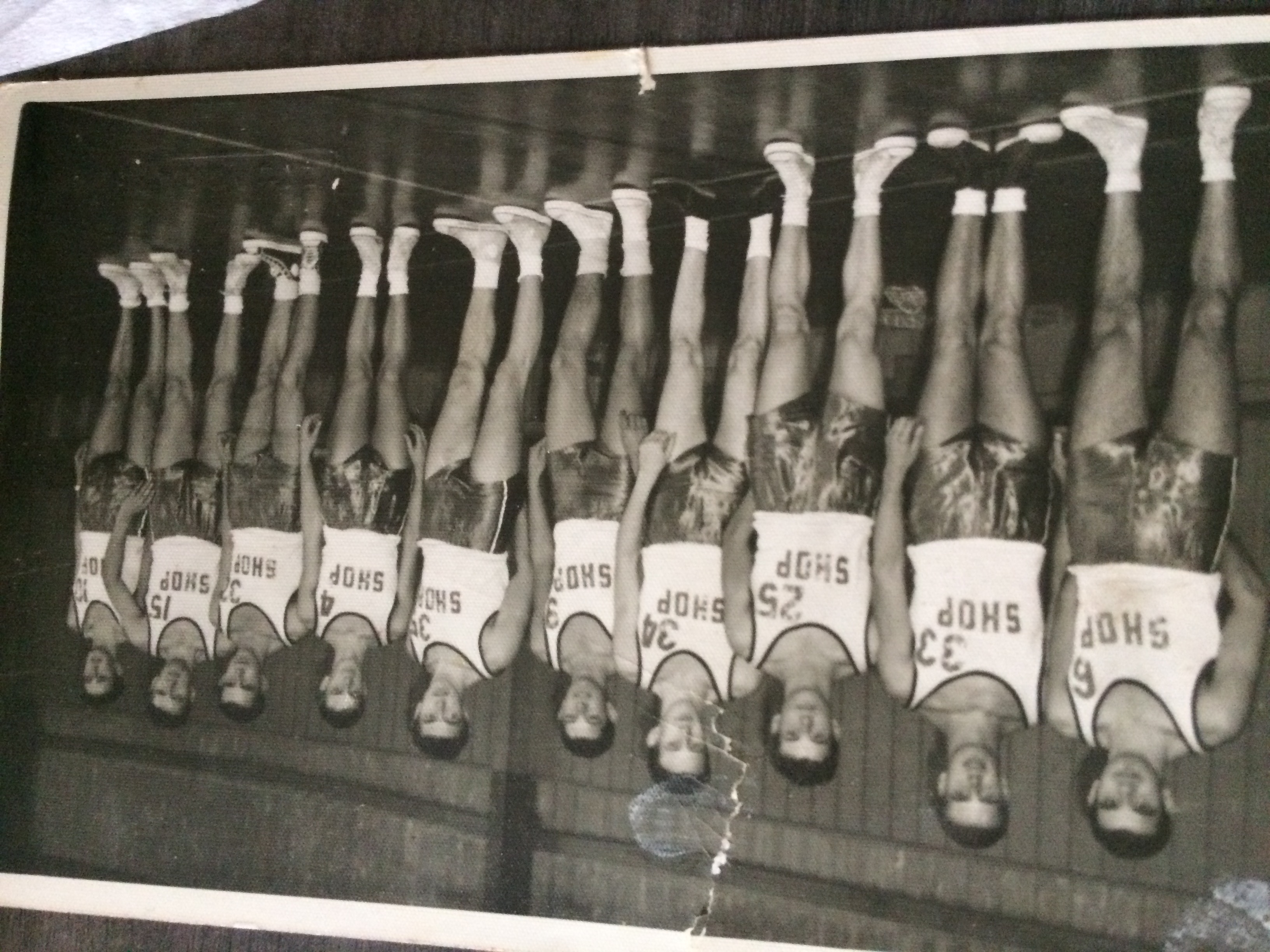 I seem to remember that there were twelve of us but that might have been in the A-Grade Vic Championships squad: Larkins and Zdanavicius were not in this latter squad.

The guys on the left are not really taller – parallax effect.  We weren’t a tall squad.  John Mercer and Barry Bennett were the centres at 6’3’’ (about 190cm).

Alan Landells was the coach and in one season he turned me into a much improved player: I think he did this for us all.

Len and Alf Arnott were brothers and went to Box Hill High:  Dave was a country boy.